Originally reviewed for Boy Meets Boy Reviews which posted on
May 4, 2017. 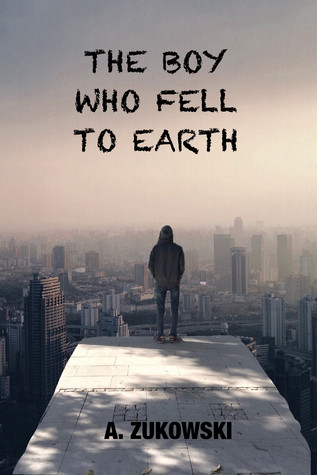 I’ll start off by saying this is my first rent boy read. I typically stay away from them but this one called to me for some reason. I was hesitant. I knew it would hurt but I was just hoping it would hurt so good.

At first I struggled with the writing style and then the actual story. But the promise of redemption for Sasha kept me reading.

All of the heart breaking elements were present. You know, the ones where you need a bottle of wine to get through reading about them; Drugs, rape, molestation, prostitution, homelessness, cheating and let’s not forget…unnecessary drama.

Jay was a 15(almost 16) year old boy who lived with his single mom(Maggie). Sasha is a drug addicted, homeless rent boy. One night Sasha’s raped and brutally beaten body was literally dumped on Jay’s front yard. Jay and Maggie get him inside and begin the process of helping Sasha without the notification of police and social services. Jay took an instant liking to Sasha.

“I only knew I wanted him there, I needed to nurse him back to health.”

Sasha was intrigued by Jay but really only wanted to “score” his next hit. He ends up leaving after a few days… but not before Jay kissed Sasha and Sasha jerked him off.

This is where I started making excuses in my head based on Jay’s age. Maybe being raped and beaten to his 15 year old self didn’t make him stop and think that he should wait to pounce. But, I digress…

Sasha headed back to his squat and over the next few weeks Jay seeks him out.

“I came out today, not knowing why I needed to find him, but it was like he had put a spell on me and I’d follow him wherever he went like a child to the pied piper.”

They spent time together at the squat and Sasha bathed at Jay’s house. This was all dandy until Maggie catches them asleep and wrapped in a naked embrace.

Maggie makes Sasha promise to stay away from Jay. This starts Sasha’s downward spiral into getting as much of any drug he could and being even more unsafe with sex just to get money for his next hit; To feel numb.

Luckily a bouncer, Big Al is there to catch him along with the Vicar, Eric.

“I took one last look at the mirror to remind myself of the horror of my decline and I unlocked the door and came out.”

Just kidding, that’s only the first 57%

From there, they go through way more drama. There are at least 3 more plot twists that send Sasha into a tail spin of… you guessed it… drinking, drugs and sex. These will leave you raging and wanting to do more damage than a cracked out 70s rock star to your kindle and surrounding objects.

Ok, so let’s put the story aside. The writing style for the first half was all about telling instead of showing. The book overall could go through another editing round. If I’m really digging a book, I typically don’t let it bother me. This wasn’t a dialect issue, it’s a word choice/spelling deal (ex. felt asleep in his arms). There were also time lapses everywhere and without warning. There was so much taking place I felt as if I needed to create a story map.

With alllll that said, I still wanted to give this 3 hearts. There was a story there… I just had to cut the crap to get it. However, all the added unnecessary drama at the end brought it to 2.5.

At least there was redemption… *shrug*