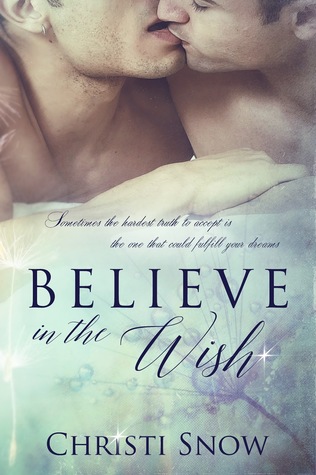 Originally reviewed as a guest for BMBR.
4 Stars
Let’s start with the cover…I loved this cover for some reason. I know they say not to judge a book by its cover. I judge. I judge the hell out of them. This one called to me and I just had to get my grubby hands on it. The cover along with the blurb sucked me in.

Ethan buried his twin sister Emma and hasn’t been handling her death well at all. He has become a stinky, drunk recluse in a downward spiral until his fairy godmother bangs down his door on his birthday. His fairy godmother appears in the form of Katya Monroe, a sassy attorney hired by his dead twin sister. Emma knew how Ethan would decline after her death so she planned a very specific course of action in order for Ethan to keep full control of their house and the business they created together, E Squared.

“You have a series of tasks to undertake. Once you’ve done them all, then the ownership of the business and house will be signed over to you completely and freely. Your tasks will be revealed to you slowly.”

The kicker, he has to complete these steps with her ex, Hawk.

“Hawk.” Ethan shook his head before he even looked up. “No. No. No. I will not work with that man. Why would she even ask this of me?” He bit out the words.

Hawk and Ethan’s relationship is very strained due to circumstances that happened prior to Emma’s death. In conjunction with the strain was white hot desire.

“Hawk Simmons stood there. Part wary. Part defensive. Part disgruntled. All gorgeous. Like a dog smelling a steak, his dick perked up at the sight of Hawk. Fucking hell.”

The first half of this book was on point. I loved how Ethan and Hawk interacted together. They were snarky and trying everything to keep their interest hidden. They really struggled with their feelings for the other person.

“Hawk had been his sister’s lover, the love of her life. He was off-limits!”

I was on a blissful high of a nerdy introvert and a motorcycle mechanic when all hell broke loose. All throughout this book there are moments of calm right before a category 5 hurricane is unleashed. Ethan and Hawk were H.O.T together. Like, make-sure-you-have-spare-batteries-and-a-cigarette-for-after hot.

“Let me come back to your place tonight and fuck you,” Ethan said.

“I know you say you don’t do men anymore, but I promise you, I’ll make it good for you. You feel this thing between us, too. Please just don’t let this stop. Not tonight.”

The second half of the book dropped off IMHO. Ethan and Hawk had a lot of baggage to work through in regards to Emma’s death and their relationships with her and each other. Both also have very serious hang-ups from past relationships. Some of the interactions became a little over the top. Dr. Dix and his ”counseling” with Ethan made me suspend reality for a bit. I’m sure there are many psychiatrists that have really awesome personalities. However, when a person is in the hospital for an “attempted suicide,” I can’t imagine the interactions taking place like they did. Hitting on the attorney while introducing yourself to the patient and also calling the patient selfish? Those are just a couple examples. Maybe I’m wrong, but I hope not. I liked his personality, I just had to go into make-believe land for processing. The encounters became much more cheesy in the 2nd half as well.

I loved the secondary characters of Katya and Miller aka Trina on drag nights. They both all three had great personalities, really complimented and added to the story. Especially Miller. He was funny AF.

“We’ve got to see the goods, darling, so I know if I’m on the right track or not.” Miller looked him up and down, those violet eyes lighting up.

“Oh, we are most definitely on track. I thought you were a twink, but oh my, look at what you were hiding under all that fabric.”

There were a bunch of editing issues throughout this book. Hawk’s name was misspelled Hawke and there were random words that didn’t fit in their sentences and should have been deleted; even on the last page which got in the way of reading. There also needs to be trigger warnings; there was an attempted rape during their outings, a past sexual encounter from high-school was discussed as possible rape and also an attempted suicide (although the way suicide is written, it almost seemed as an accident. However, the MC stated that he might have subconsciously done it).

Overall, I enjoyed this book. I really didn’t want to put it down during the first half and I rooted for Ethan and Hawk in the second half.