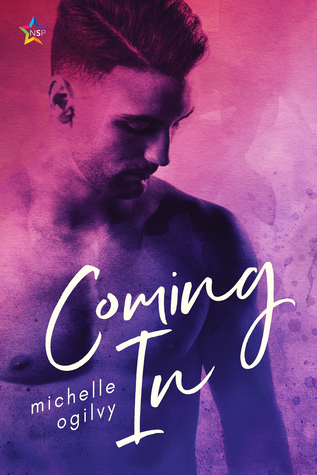 I’ve got to cleanse myself of this confession; This book made me RAGE. Rage, I tell you!!!!!*shakes fists* I don’t think I’ve ever hated a character as much as I hated one in this book. I’m talking, I wanted to bring out my inner MMA goddess and Take. The. Bitch. Down… April.

Who is April, you ask?

Let us start at the beginning…

Jay and Adam are flatmates in Adelaide, Australia. They were best friends that grew up together in a small town and moved to the “city” for Adam to go to uni while Jay worked as a baking apprentice. While working as a baking apprentice, Jay screwed his way through about 80% of the female employees. Along with all of the action Jay was getting, he was regularly having sex with Adam whether he had a girlfriend flavor-of-the-day or not. But, it wasn’t just sex. Jay and Adam had a relationship without the label. They cuddled, slept together in the same bed each night, and hung out together in between.

”No matter how many times they did this, though, Jay didn’t get tired of looking or touching. The women that shared Jay’s bed on occasion, they never lasted long. But Adam was his mate. That was something completely different and lasting.”

See? A relationship, right? Except, both Adam and Jay are completely freakin’ clueless and think they were just helping their “mate” out. Jay is jaded by his parents’ relationship as well as the lack of loving relational examples around him. Adam is just clueless.

”Yet, each time Jay leaned in for a kiss with Adam, there was always a moment as their lips met when he wondered if this would be the night that Adam pushed him away. When Adam finally questioned why the hell they were doing this. Whether this really was a ‘mates’ thing to do. But Adam never questioned.”

One day, Adam was walking by a bus stop and a girl she-bitch runs into him. April. She made up some sob story about a creepy person and how she has nowhere to go and Adam thought…I’ll bring you to my place. *smh* From here, April is a Stage-10 Clinger. She shows up unannounced, not taking no for an answer and this morphs into a relationship between April and Adam. Adam turned into someone else with April. He allowed her to manipulate conversations, situations, love proclamations, and other relationships while being none the wiser. Jay hated April and this added complete chaos into an already dysfunctional situation.

“He did still need to do something about the tension between Jay and April. He felt like he was being pulled in two different directions by them. It shouldn’t be that hard to have a friend and a girlfriend. These things were done by millions of people every day. It wasn’t like he wanted them to become great friends. He’d settle for stopping them from attacking each other every time they were in the same room.”

It was around this point in the book I was wanting to send them all to the Hunger Games stadium and hope there wouldn’t be a victor.

The tension became suffocating. Jay and Adam didn’t have any coping mechanisms for dealing with the dynamic change in their relationship. Although Jay and Adam still hooked up, April became this huge cancer in the room until one day Jay removes himself from the equation.

“It wasn’t like Adam hadn’t known the goodbye was coming. But it was supposed to be him leaving, not Jay. And he hadn’t realised it would hurt this much.

By the second half, I was rooting so hard for them to get their shit together and realize what they had. The journey became about coming to terms with who they were separately and what they were to each other. It was about self-discovery, self-acceptance and understanding love; no matter who it may be with.

Gahhhhhh… These boys. I loved them and wanted to throat punch them at the same time. I couldn’t quit them either. Ohohoho, don’t get me wrong… I had to take a breather before I did some damage. But, it was never out of dislike for the story. It was because the characters made me feel too much. Their actions, words, cluelessness, etc… She-who-must-not-be-named even made me feel. Nothing positive mind you, but she took away my ability to merely be a passive reader with her manipulation. I could have used a tad less angst and antacids but Isn’t that what every book should do? Make you a feeling participant?

To warn; this book had cheater cheater pumpkin eaters in it. It was interesting how my perspective changed throughout the book. Cheating is a no fly zone for me. Typically, I won’t read books if I know it will happen. However, this book had two different scenarios of cheating. One scenario I was all on board with and the other wasn’t kosher. If cheating of any kind is a hard limit for you, I would suggest skipping this book.

I really enjoyed the writing style in this book. It drew me in and didn’t let go. I bitched and moaned (not the good kind) and raged and grinned and squeeeeed and loved.

“Love is a bubble, all it takes is one prick to burst it.”