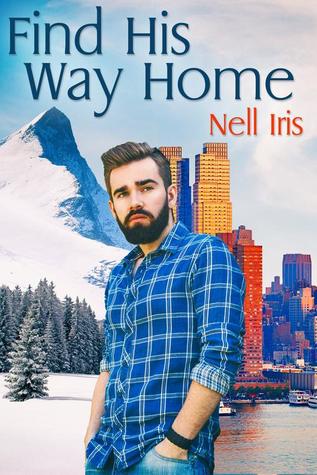 How? I am not sure how I made it through this with my sanity remaining… Maybe it isn’t in tact? This was bizarro world meets odd story line. Going in to this book I thought it had good bones based on the synopsis. You know, the story mapping was there and all that was left was for the world building and character development to be fully realized. Yeah, nope. Forget about those “good bones,” we need to get them calcium and Vitamin D, STAT.

Elliot is a teacher. Already, I wanted to give a star because that’s my world. I am drawn to the world of education even in books because I can completely sympathize and really feel what they are going though. Again, bizarro world because this depiction of classroom events was ridiculous. Ok, back to Elliot. Elliot is an english teacher and in a relationship with “his lover” of two years, Mick. Both men live in the city and Mick works for a law firm but is still very much in the closet with his colleagues and partners of the firm. This has obviously put some stress on their relationship.

While teaching, Elliot has a “dramatic” situation where a student brings a knife to school. The circumstances that follow lead to Elliot taking a leave of absence. This happens very early on and had my eyes practically rolling in the back of my head. I’ll try to explain without spoiling it for anyone that decides that this is their cuppa and want to read it. The description of the knife incident, Elliot’s reactions during and after as well as the schools stance were completely off base. I’m not saying this from a teacher and school administrator perspective; anyone that reads this would be scratching their head.

Elliot decides that while on his leave of absence, he is going to go back home to the peace of the country that he has desperately missed. While back home, we learn a lot about what he is eating, when he is going to the coffee shop, what he orders, and books he is reading. Some “mysterious” person from his past shows up. Mick hears about it and rushes to Elliot’s aid. The question becomes, does Elliot stay in the country or follow Mick back to the city.

That’s it folks. That’s the story. Except I would be remiss to mention that although this isn’t a fairy tale or magical land, everything that could happens does. I seriously had to suspend reality for about 90% of it.

Hooting owl conversing with human? Sure, no prob!

A stray cat seeing he is sad and offering him his “kill?” Absofuckinglutely!

Situations resolved perfectly and tied in a pretty bow that Cinderella couldn’t even do? Uh huh!

Farfetched sequence of events that the odds of them happening are one in a million?

To make things worse, Elliot is a pushover. In everything. He makes excuses for reasons why Mick couldn’t come out at work. *eye roll* He felt guilty that he wasn’t there to ensure Mick was eating properly. *eye roll* He was a push over at work even though the entire situation was weak sauce. *eye roll* I felt like both men were portrayed as weak and that’s not really appealing. I don’t need a big strapping lad with tattoos and facial hair (won’t complain though, either). I would just like them to have a backbone and not be a doormat. Let’s talk about heat and angst? There was no angst and very little heat in this book. The lack of heat is probably due to the fact that they spent 85% of the book separated.

Let’s talk editing. The words “his lover” were used 29 times.

Also, each chapter is different month. Time obviously jumps between each and then during the next month, there is a flashback to explain what was missed. I became perplexed on the concept of a large time jump if the lapsed events are going to be fully discussed in the next chapter as a flashback?

On a positive note, I’m glad the relationship between Elliot and Mick wasn’t full of drama. I unfortunately can’t recommend this book.

At least there was an owl name Hedwig. Can’t go wrong with a Harry Potter reference. *shrug*