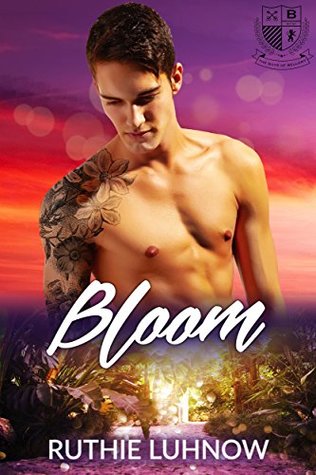 I slow crawled into this book with major trepidation after reading book two. I was so disappointed and almost didn’t continue. I’m really glad I did. This brought back some of the feels that book one had even though they had completely different storylines.

In this book we have Milo and Rory. It starts off with them still in high school with 16 year old Rory crushing hard on graduating senior, Milo. At a graduation party Rory gets up the courage to kiss Milo. This coming of age chapter was one of my favorites of the entire book. I know that probably doesn’t say much but I <i>love</i> the sexuality discovery stage and all that takes place with coming of age.

Fast forward about 8 years and behind door number one we have broody, artsy, and tattooed, with a tortured soul, Milo the writer. Behind door number two we have graduate student Rory the jock that doesn’t fit the stereotypical jock character with him being sweet, sensitive, inexperienced and awkward. Both men are just getting out and over previous relationships and are drinking their sorrows away at the same “bar.” They see each other and don’t ya just know that “golden retriever” Rory goes home with Milo for some heavy petting. This begins their <s>fuck buddy</s> Friday night hook ups. Little by little Rory tries to wedge his way into Milo’s I-don’t-do-relationships ice cold heart. They go to a wedding for Rory’s sister and Rory realizes how much he likes spending time with him in the light of day. When he brings it up to Milo and suggests that they could maybe hang out again, shit hits the fan. Mean Milo comes out, ensures everyone knows where they stand and then Rory runs.

Throughout this dysfunctional cycle, they have moments of connection where you can <i>feel</i> them getting close and what they mean to each other. I was rooting for them. Hard. I loved Milo and Rory together. They just worked and balanced Milo’s moodiness. Moodiness may be an understatement. Milo had some issues to deal with from his disastrous “open” 5 year relationship and the issues from pushing others away all his life. He didn’t trust, drank too much, and kept huge walls around him. He was exhausted and exhausting.

<b>“He could predict what would happen. Rory would continue to try to love the person he thought Milo was.”

“And Milo would destroy him, slowly, thoroughly, like a steady trickle of water etching its way through sandstone, leaving deep, hollow grooves where there should have been love.”</b>

I even enjoyed the drama for the first 75% before it became a bit redundant. They had great chemistry and the sex was hot. Overall, I enjoyed this story and would recommend it.

I did have a little issue with errors. It could definitely use another round of editing. There were missing words, misspelled words and missing suffixes. I also want to point out that while this book is listed at over 300 pages, there is a lot of blank page due to sentence and paragraph spacing.