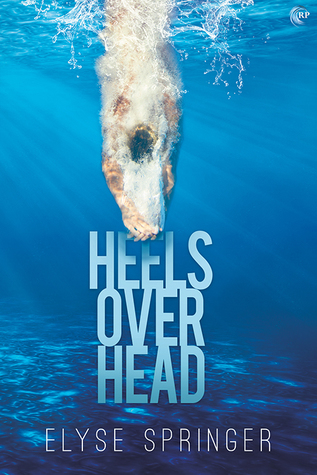 I’m in love. Like a giddy-love-at-first-read type of love. This book and I just clicked.

366 pages you say? Pfffft! This read like a short novella. It went down like sweet tea on a hot summer day; fast and begging for more. I was captivated. Jeremy and Brandon? Heck yes. I imagine they’d go down like a tall glass of sweet tea, too. 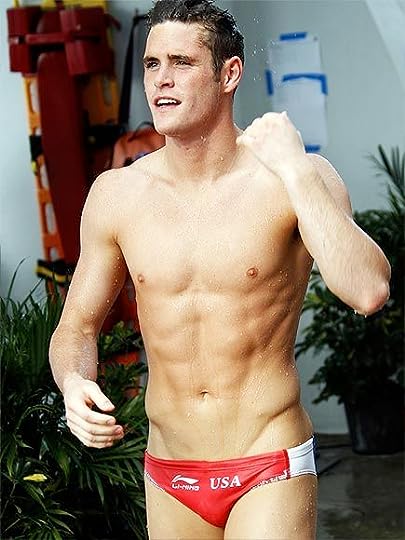 Jeremy is an Olympic diver who is training with a world renowned coach, Andrey. He is hyper focused on his goal of going to the Olympics and has zero time for anything remotely close to feelings, fun, and/or failure. Due to the hateful words he heard growing up, Jeremy feels that if he can win gold, he will finally have the respect of his dad and brothers. He can finally prove that diving isn’t a “fag” sport and being gay and a diver isn’t being weak. Jeremy is gay. But he is so far in the closet that his closet has a closet; or a “skeleton” as Brandon calls him.

“We call them skeletons—people so far into the closet that they die there, decompose, never willing to step out into the light. Jeremy is the worst type of skeleton, though, because he’s not only afraid . . . he’s hateful.”

Brandon is living a Cinderella story where everything lines up at the right place and right time. His fairy god mothers are diving trainers. He gets whisked away to Ohio with a scholarship, Olympic level diving coach and Jeremy. Brandon has known hardship throughout his life but he is a breath of fresh air to the Ohio team and just enjoying his good fortune.

Except Jeremy hates him. When Brandon comes out, Jeremy spews the homophobic BS that his dad and brothers have ingrained in him for decades.

“I give a lot of damns now. And I’m going to prove to Jeremy that gay and weak aren’t synonymous.”

That was the turning point. Dive by dive and workout by workout Brandon works on proving himself and breaking down the mental and physical barriers that Jeremy has built. The walls come down faster as they begin synchro dives that forces them to be in tune and work together. Their chemistry is off the charts.

“What do I get if I win?”
“What do you want?” I swallow again. “I mean, as a prize. What do you want as a prize?”
When Brandon speaks, his words are breaths against my cheek, and I can feel them where we touch, vibrations from his chest to my arm. “You,” he says. “If I compete and win, I want you as my prize.” 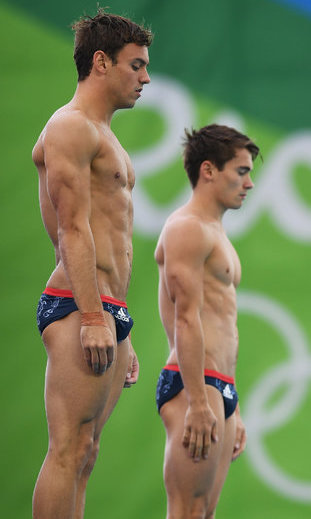 The baby steps and giant leaps they make towards their goals and each other were inspiring. The pain and shame Jeremy feels when he connects or wants to connect with Brandon is almost tangible. They have some mad skills in the heat department. Jeremy is a virgin. Seriously. An I’ve-only-had-one-kiss-with-a-girl-one-time type of virgin. The patience and gentleness Brandon demonstrated was swoon worthy… the rough times were swoon worthy too. *bites fist*

It wasn’t all snowflakes and rainbows once they got together. They had a ton to work through. Brandon moved their relationship forward more often than not and he understood that Jeremy moved at a much slower pace. They loved each other so much and unfortunately sometimes love isn’t enough.

“If I have to choose between him and a shot at winning that gold medal, I will choose the latter without hesitating. I love Brandon, but the Olympics are the culmination of fifteen years of my life. They’re my chance to finally prove, once and for all, that I’m not weak.”

That’s what he does…

“Right now, I need to pay attention to my end goal. You’re messy, like you said. You get in the way. Stop by in August when I get back from Toronto, and we’ll see how things go.”

It’s around this point where I want to shake Jeremy, smack some sense into him all while hugging him (full body hug, of course). *shrug*

Jeremy did some work to win Brandon back. I appreciated Brandon’s backbone and making Jeremy prove himself. There weren’t grand over the top gestures of love but for Jeremy and Brandon, it was enough. I believed in them and rooted for their love. Both stayed true to their nature so their path to HFN was authentic.

The “team” in the story with Val, Andrey and the two MCs was so interconnected and beautifully written. I 100% didn’t like Jeremy’s family. They were a bunch of homophobic assholes that spewed hatred. One point of contention is how Jeremy came to terms with them. I disagree when he told Brandon that they loved him in their own way. Saying hateful things will never equate to love and I was bummed that Jeremy didn’t realize that.

There were a ton of time jumps throughout as this story takes place over two years. All are at varying lengths of time and instead of detracting from the story, the lapses propelled it. I never felt like it was dragging or that something was being left out.

I don’t know much about diving but this author did or at least I believed what she wrote. It could all be spectacularly made up but I bought what she was selling and it seemed that she did some insane research.

This is my first book by this author and I would definitely recommend it and read more of her writes.