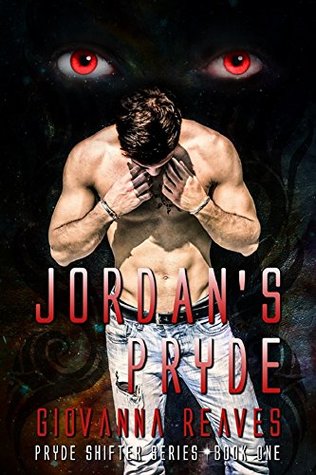 I love shifters. Like straight up heart eyes. I also love, paranormal, fantasy, magic, etc… When I stumble upon a good book in any of these genres, it usually sets off a binge reading marathon of epic proportions. I say all that because I love the reality suspension, the hot growly claiming, and I welcome the crazy and OTT situations I find in said books. But, this was a whole new brand of OTT. The author threw everything including the kitchen sink into this first book of what I’m assuming will be a subsequent series.

It kinda sorta worked though. In all its weird, OTT, ridiculously juvenile glory, I didn’t hate it. When I wasn’t distracted by all the craziness going on, there was a story there. It had the typical elements you want in a shifter book. The mine, claiming, biting, steamy sex, growls, dominance by Alpha, the you’re-not-really-human revelation, the OMG-I’m-Pregnant, and in this one we also had a small dose dominating and pain kink from naturally self-lubricating-Jordan. Yep, Self. Lubricating. #winning

With his “human” red eyes and white hair, Jordan is a college graduate looking for a job. He is hired by Duncan Pryde of Pryde Industries. After a mix-up at HR, Jordan becomes a manny to Duncan’s twin niece and nephew. Jordan is attracted and drawn to his new boss. What he doesn’t know is that Duncan is a werewolf shifter and Alpha of the pack. And his mate. Duncan has been a well publicized playboy who loves beautiful women. He knows there is something different about Jordan and it takes him a while to come to terms with having a male mate. It’s shifter gay mate for you. Interestingly enough, insta-love didn’t take over once they met. The typical MINE, MATE caveman act in other shifters was replaced by smells, sparks of electricity and a connection that took place over a little time. Until they kiss. Ruh Roh! This kiss sets off a series of events that forces Jordan to learn the truth about Duncan, himself, and all of the people around him.

While they are coming to terms with being mates, the pack is also dealing with a threat to their safety. Young pack members are being killed and other sects are being targeted as well. This danger brings a united front between the lykosians and the vampire sect. Much of the book was laying the foundation for future books in this series. The MCs have a HFN but the story line isn’t anywhere near being settled and ends on a non-MC based cliffhanger.

I had a few problems with this book. But, around 70% I had a wtf moment and had to walk away. I understand the author’s need to set up the next book. I really do. I just don’t understand why it had to be done in such a random, thrown in, willy nilly sort of way? Straight up cray cray! I also had an issue with the writing and dialogue throughout. It was so juvenile and cheesy.

“I can’t stay here,” Jordan said, walking over to his bed, stuffing more things inside.

“Not after what I’ve done to you.”

“What the hell are you talking about?”

“I turned you gay!” Jordan yelled.

There was word choice errors throughout such as “business adventures” instead of business ventures or unmanageable strength instead of unimaginable strength. Contradictory statements from sentence to sentence took place as well. On a picky note, there was weird white highlighting through about 99% of the book

I didn’t hate it. Honest. It kept my attention for the most part and had some steam. I just don’t think I would read the next one in the series. *shrug* If you like crazy, OTT shifter stories, maybe you’ll love it?