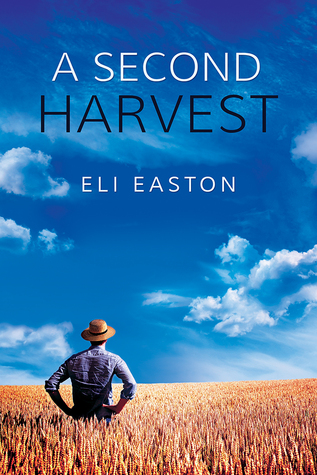 I may have overeaten, destroyed my liver and rocked myself in a corner all while reading this book. The overeating because this book is full of amazing foods that were described to perfection. *hangry* The liver because I needed a little lot of wine to get through the first half. The rocking in the corner because this book is full of feelz that kick you in the balls and repair your broken heart within the same page. I loved this one so hard.

Christie and David were imperfectly perfect. David is a 41 year old widowed Mennonite and father of two. “Fierce” Christie is a 30 year old party boy that is sick of the party scene. He escapes to some land he inherited from his dearly departed Aunt and is now David’s neighbor. David was barely existing prior to Christie entering his life. He worked, ate, slept and occasionally wondered what it would be like to look down the barrel of his shotgun. He was depressed and his true self lay in a vintage lock box hidden in the depths of a barn. He is a closeted gay man brought up in an extremely religious family. David’s life was mapped out for him from the early age of 17 when his father passed away and all responsibility went to him. He is a lonely man just waiting out his years for death to “take him.” Until Christie. 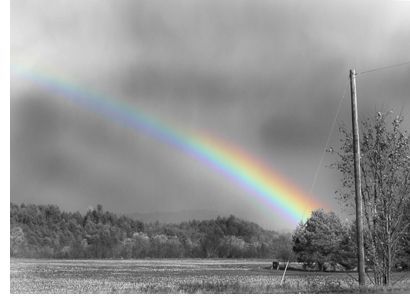 Christie represented everything David wanted to be but never dared to dream of. In his world of black and white, Christie was color; He was magnificient and had a zest for life that forced splashes of color to take root in David’s darkest areas.

“But right now being with Christie was like hot sunlight. And when you were in the sunlight, it was hard to imagine the darkness.”

Their relationship was slow burn at its finest. With a friendship forming and meals shared, Christie sent sparks of life through David. David had been “dead” so long that he forgot his sense of adventure. Although they didn’t know it, they were falling deeply in love as Christie handed David the world one meal at a time.

”He couldn’t remember the last time he had felt like this, like joy was a fossil fuel buried deep in his soul, and he had suddenly struck deep and hit a gusher. He felt vibrant and alive, wanting to be in this moment and nowhere else, wishing he could bottle it up and keep it forever.”

The first 50% I was begging for any sign of affection without restraint. When their first kiss happened, it was like giving a starving women a mint. It was hard and glorious. The build up and torture of them sloooowwwwwwly falling in love without realizing it…gahhh! That kiss was f’ing amazing.

”There was an absolute tempest inside him. It felt like a class-five hurricane, raging and howling and sending bits and pieces of long-standing walls flying. It wasn’t a kiss so much as a statement, a moment of rebellion, an act of desperation, or maybe one of solidarity.”

The sex was hot and purposeful throughout. It served to further their connection and wasn’t just a sexfest. The sexting though. Y’all, holy shit. Talk about show and not tell. Those pictures were definitely *ahem* effective.

On a more serious note, David had a lot of baggage to get through. Besides overcoming his own self, he had to overcome the obstacles of his children and his town. They worked through those issues without drama coming between them and the outcome was authentic even if I wanted to throat punch his son. I would have liked more closure around the end. Although there weren’t loose ends, it was a little too abrupt for my liking.

My only real negative was about the audio. I learned a very valuable lesson about audiobooks with this one; The narrator can make or break a book. I wasn’t enjoying the audio. At all. Sadly, the narration was very robotic and monotone. If I hadn’t decided to download the ebook as a companion, I would have missed out on the gem that is A Second Harvestand called it quits.

As a warning, there is a trigger warning for suicidal thoughts a few times throughout. I would definitely recommend this book and will read the next one in the series when it is released.