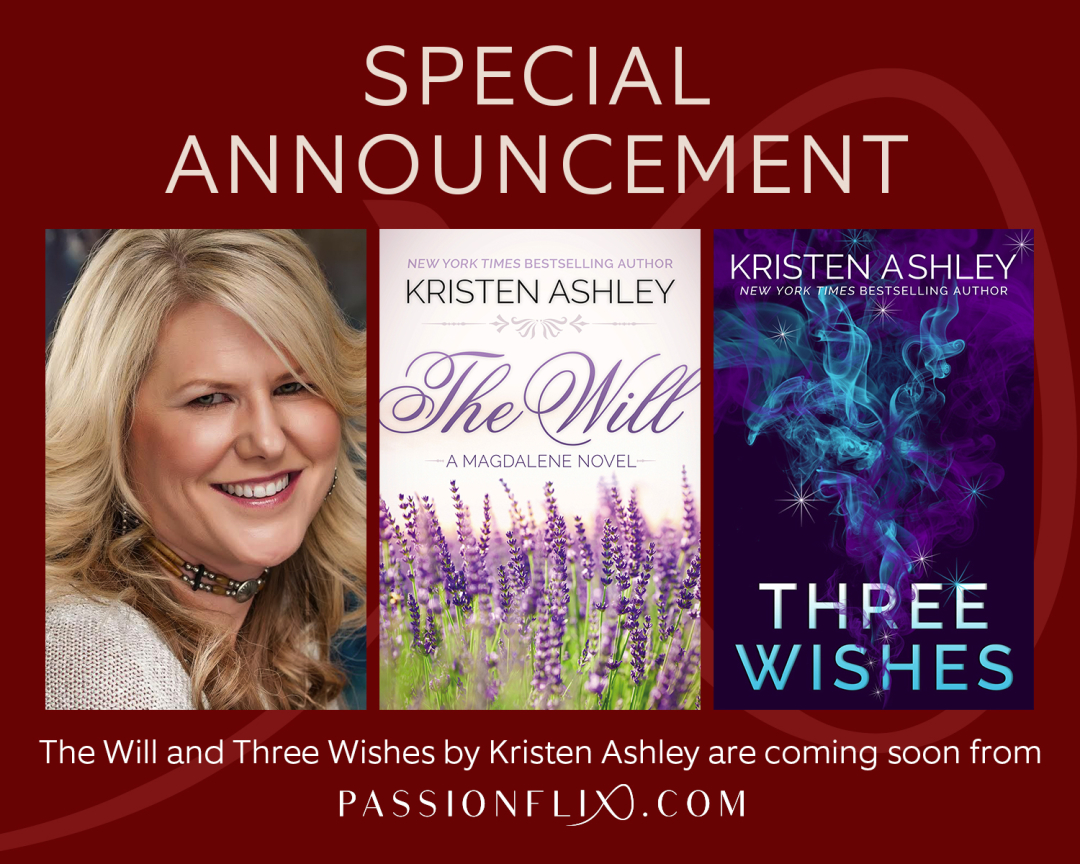 Passionflix and New York Times bestselling author Kristen Ashley are thrilled to announce the option of not one, but TWO beloved romance titles! We are over the moon excited to announce THE WILL and THREE WISHES will be coming to Passionflix, a studio and streaming platform dedicated to turning romance novels into movies and series.

Get ready to fall further in love with Josephine and Jake in THE WILL and Nate and Lily in THREE WISHES, coming soon from passionflix.com!

You know you wanna watch… 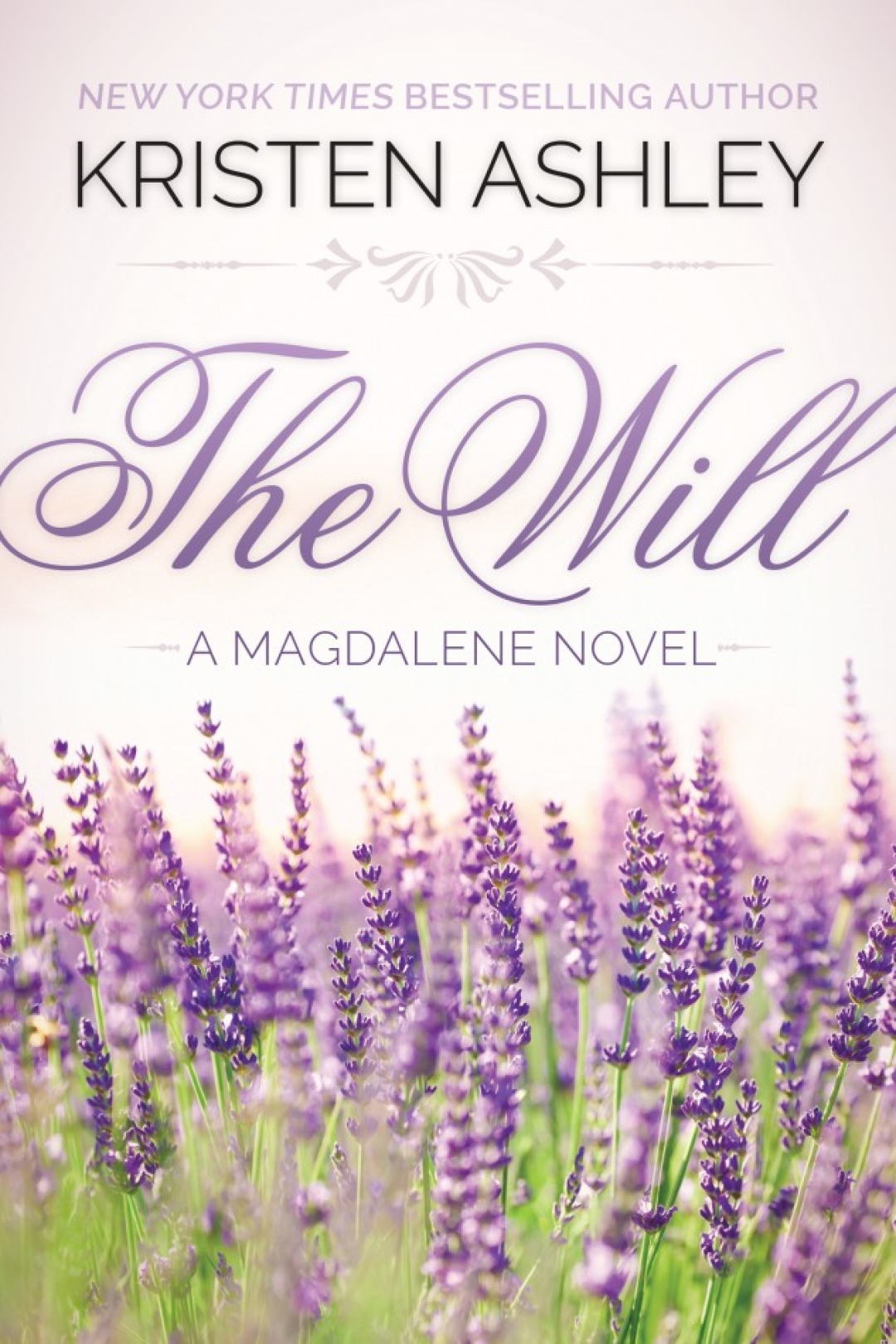 Read THE WILL Before You Watch

Early in her life, Josephine Malone learned the hard way that there was only one person she could love and trust: her grandmother, Lydia Malone. Out of necessity, unconsciously and very successfully, Josephine donned a disguise to keep all others at bay. She led a globetrotting lifestyle on the fringes of the fashion and music elite, but she kept herself distant.

While Josephine was trotting the globe, retired boxer Jake Spear was living in the same small town as Lydia. There was nothing disguised about Jake. Including the fact he made a habit of making very bad decisions about who to give his love.

Even if she had to do it as her final wish on this earth. 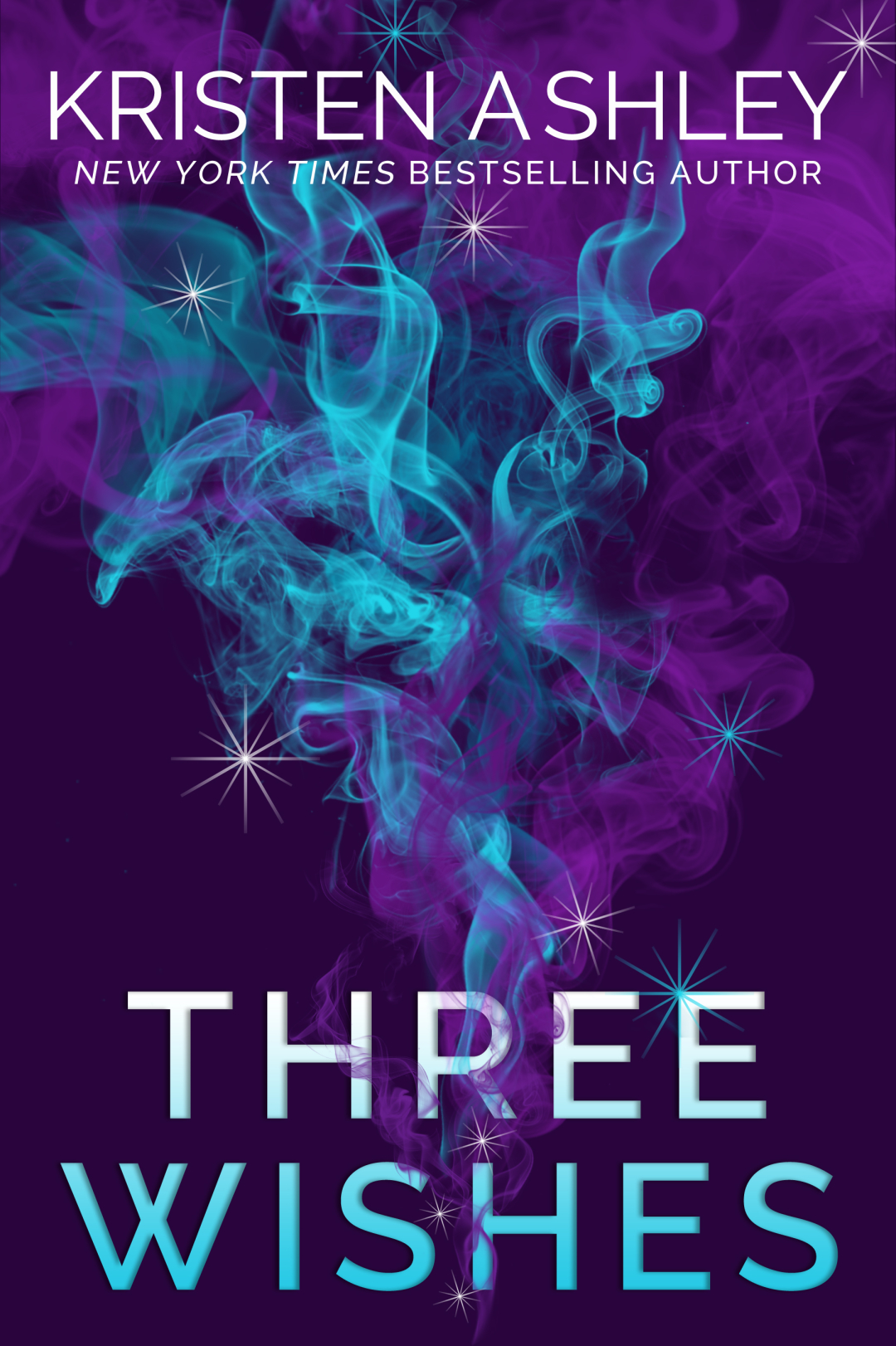 Read THREE WISHES Before You Watch

When Lily Jacobs was born, she inherited Fazire – a genie. Her family had three wishes and they’d only ever used one so Fazire was stuck in the human world. This worked since he’d become a member of the family anyway.

Even with a genie, Lily’s young life wasn’t perfect. To escape the kids making her miserable at school, Lily buried herself in romance novels. One day, when the teasing was just too much, she used one of her wishes. She told Fazire she wanted to find a man like in her books and she made the most complicated wish Fazire had ever heard. Her wished-for man had to be impossibly handsome, virile, fierce, rugged and ruthless (amongst a dozen other things).

He also had to think she was beautiful and he had to love her more than anything in the world.

Nathaniel McAllister wasn’t born to a life where there were such things as genies granting wishes. His life was filled with drugs, crime and neglect. He was running errands for a gangster before he was in his teens and, even though life and hard work led him to wealth and respectability, he always knew, deep down, he was dirty. When Nate met Lily he knew he was no good for her but as virile, fierce, rugged and ruthless as he was, Nate was no match for the pull of sweet, innocent Lily.

Unfortunately, Lily’s wish included that she and her hero go through trials and tribulations to test their love. And Fazire wasn’t only a good genie, he loved Lily – so he gave her exactly what she wanted. 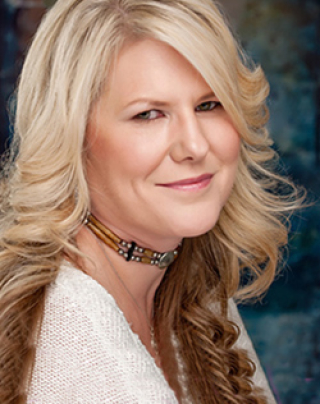 Kristen Ashley was born in Gary, Indiana, USA and nearly killed her mother and herself making it into the world, seeing as she had the umbilical cord wrapped around her neck (already attempting to accessorize and she hadn’t taken her first breath!). Her mother said they took Kristen away, put her Mom back in her room, her mother looked out the window, and Gary was on fire (Dr. King had been assassinated four days before). Kristen’s Mom remembered thinking it was the end of the world. Quite the dramatic beginning.

Kristen grew up in Brownsburg, Indiana and has lived in Denver, Colorado and the West Country of England. Thus, she’s blessed to have friends and family around the globe. Her family was (is) loopy (to say the least) but loopy is good when you want to write. They all lived together on a very small farm in a small farm town in the heartland. She grew up with Glenn Miller, The Everly Brothers, REO Speedwagon and Whitesnake (and the wardrobes that matched).

Needless to say, growing up in a house full of music, clothes and love was a good way to grow up.

And as she keeps growing, it keeps getting better.