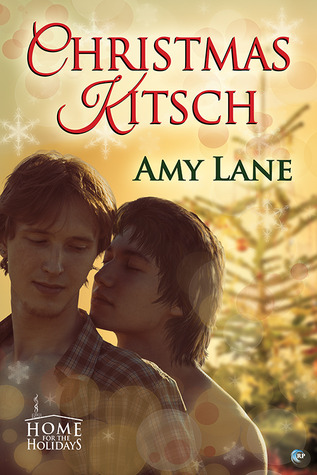 I’ll start by saying I liked this book. I loved Oliver and Rusty. They aren’t my new book boyfriends or anything like that but I love the love they had for each other. Oliver was just so sweet and loving and Rusty just wanted to feel worthy of all that love. Rusty’s inner thoughts were almost too tragic. They made me really put myself in his position and feeleverything.

There were a couple things that held me back from giving a higher rating. I never felt like there was a time with Rusty and his feelings that were lightened up. Even with some resolution to some of his hold-ups, he still was so serious and reserved. I supposed it would have gone against Rusty’s nature to let loose. Alost, I’m all about stress free reading with low angst as long as the story can hold up on its own. This story could hold up. However, I just wanted more. I felt like we(yes, I’m one of them now) were working towards something with every turn of the page and I was expecting it to just come to a point and boil over. But…nothing! Once the “big” realization was made it was almost as if Rusty was doing something as mundane as grocery shopping. It actually reminded me of that old Visine commercial with the guy that says “clear eyes, dry eyes” in that monotone voice. That was how much feeling and emphasis I felt it had when EVERYTHING was building and building. There wasn’t even super hot scenes to make up for it. Again, I’m sure the boiling over and actually showing major emotion goes against everything Rusty is. *whines* I just wanted something more.

Overall, I enjoyed this book.