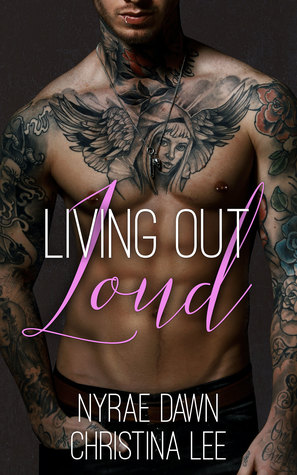 “I’m still shaking my bible-thumping traditional upbringing, and he’s as free and eclectic as this town.”

Ben and Xavier reconnect after over a decade of not seeing each other. They were childhood friends that sought solace together when the world around them was cruel and unforgiving. Xavier had found himself and Ben craved that freedom. He wanted to truly live.

Just a warning: I’m not going to give a detailed breakdown of the story because the synopsis is one of the longer and more detailed that I’ve seen.

*waits while you read the synopsis if you haven’t already*

After they connect on Facebook, Ben and Xavier meet up and fall right back into the easy friendship of their youth. Ben can’t help but notice Xavier’s confidence and unapologetic attitude towards who he is and also the casual sex he enjoys. They have very honest conversations about desires and the person Ben wants to become.

Ben decides Xavier is the perfect person to guide him in his new outlook on life. He is so tentative, insecure, and sexually repressed which is the exact opposite of Xavier.

“I want you to show me those things.”

They begin a no-strings attached sexual fling. Xavier hears Ben’s plea and graciously accepts to be his “teacher” and guide him with some helping hands, tongue, spanking, toys, and even some red licorice candy used creatively.

“He’s such a mixture of hunger and nerves. Want and insecurity. I can’t wait to see him bloom—to see him shed the skin that was forced on him and fully embrace who he really is. It’s like he’s being reborn.”

I LOVED Xavier and Ben together. They complimented each other so well. Although they both had shitty childhoods, they fought to accept themselves without reservation. Xavier was Ben’s pierced, knight in tattooed armor. He slayed the demons in Ben’s head every time they crept up while breathing new life. Ben’s confidence grew with every look, word, touch and action that Xavier bathed him in. He was so selfless and understanding while not treating Ben like he was fragile.

As mentioned a wee bit above, they had some sexy times. Xavier was all about helping Ben with a variety of experiences. There was a lot of sex. It was steaming. This book needed a lot of sex due to the sexually repressed nature of Ben and his neurosis that paralleled it. There were some issues to work through that couldn’t have happened if sex wasn’t a big part of the book. I didn’t hate it. At all. The build-up to the first kiss and then when they FINALLY kiss…

This was a pretty low angst book outside of what Ben has to work through. Which was enough considering the mind fuck his family and the “Pray the gay away” church camp put him through. Anything else heaped on for angst would have been unnecessary. The conflict at the end was predictable but essential. It was a beautifully earned HEA. Definitely recommend.

“I was born this way and I am not a disgrace.”

“I look him in the eye. “It feels incredible. I get to be me. And this me wants you.”