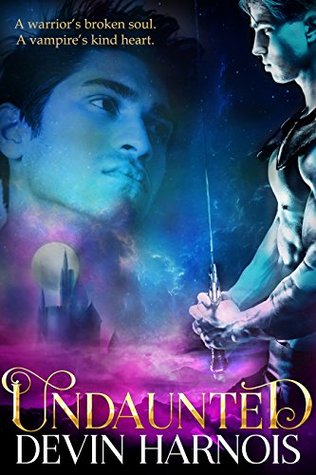 Doesn’t that sound intriguing? I’m really glad I finally pulled the trigger and cracked this one open. The blurb is short and sweet but the story is so much more. Before I continue, please be aware: “Content warnings: Contains slavery, violence, body control, bottom shaming, misogyny, and rape mentioned in backstory.” This was a gruesome story and along with the listed warnings, there was necromancy which adds a whole other level to body control.

If all those warnings didn’t send you running for the hills, pull up a chair and let’s get this party started.

Kelas Vartorvi was a warrior for his people until the Vampire’s took over his city and killed everyone they couldn’t use. Kelas was very proficient as a warrior which led to his capture, being turned into a werewolf (a Hound), and forced into slavery for the Master Vampire, Zoja. With Zoja forcing a blood bond, she is able to control Kelas’ body and he became her “sword.” He was forced to live as a dog, kill at her command, and be raped at her hands. For years he endured until he found a way to escape. He was on the run for months staying one step ahead of the trackers Zoja sent his way until he was outnumbered and poisoned. Just when he thinks it’s over and that he’ll be brought back and tortured, he’s saved by an unlikely hero.

Roshan is a rogue vampire that was abandoned by his sire shortly after being attacked and changed into a vampire. He embraces life and has built a family of friends around him. Roshan is light, sarcastic and caring. He is also a hell of a fighter, a mercenary, and is able to save Kelas from the attack.

Roshan being a vampire represents everything Kelas hates. He finally freed himself from Zoja and now owes Roshan a life debt as a payment for saving his life. Begrudgingly, Kelas agrees to stay with the group until he saves Roshan’s life. Kelas is like one of those abused and terrified animals you see at shelters. The ones that are heartbreakingly skittish and can’t bear to be touched. He was robbed of his pride, dignity, his name, consent, humanity, and choices on his physical actions. Slowly, Roshan earned his trust. Each day he showed Kelas that “what you were didn’t determine who you were.” That he wasn’t a monster.

Their journey as mercenaries takes them all over the lands, bringing them closer together until one job dangles the carrot of revenge. They have an opportunity to come face to face with Zoja and Kelas is eager to follow this path through, knowing that she will always be looking for him. Getting to the point of revenge takes trust and great sacrifice for both Kelas and Roshan. They have parts to play and can’t show their hand too early. Each step the group took brought them closer to Zoja, the castle of Kelas’ enslavement, and the battle that would take place. Their time at the castle was tense, engaging and eventually very gruesome. There were a lot of moving pieces and the prior world building supported them well.

Roshan and Kelas are opposites that fit. Their love is beautiful and transparent in each interaction. Roshan slowly brought Kelas back to life. But, Kelas feels “broken.” He needs to face his demons. He needs to face the voices in his head that tell him he’s nothing but a worthless Hound.

“I’m a pet, an animal. Not a person. Not someone you love. I’m a creature you lust after, one you can make do whatever you want. I’m a toy.”

This wasn’t a case of insta-love. They were slow to realize their attraction and as their feelings grew, love bloomed bright. With Kelas’ past, trust had to be the foundation before anything else was added and the author did a great job of making that a realization. There wasn’t a lot of sex in the book but each time it took place held purpose. It furthered the believability of their connection and the trust built between them. They got their HEA but it wasn’t without hardship, heartbreak, and a need for healing.

Was it perfect? No. Did I have to suspend reality? Yes, but that is to be expected with a paranormal/ fantasy romance. The time period was a bit confusing and I still don’t know if it was a historical with its talk of coin, carriages, and horses or in modern time with the way each character spoke. It was contradictory and pulled me out of the story a few times. Also, this was very heavy in gods talk. There are rites, rituals, thanking ceremonies, prayers, alters, statues, etc… The gods are mentioned in the blurb and are everywhere throughout. I could have done without all that but it didn’t ruin the book for me. Another unique aspect of this story was the feel; It has a vintage werewolf and/or vampire feel which worked for the heavy elements present.

I enjoyed it and would definitely recommend it to fans of paranormal romance.