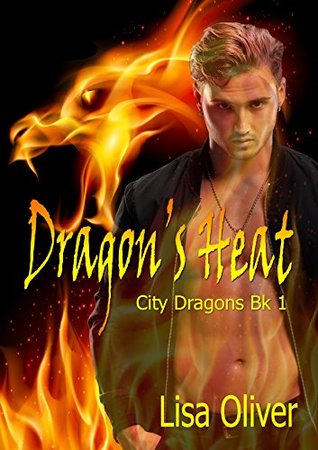 I’ve expended enough brain power trying to figure out how to start this review and every time I come back to same thought.

I had to keep checking the book info just to make sure it wasn’t listed as a shifter parody. My enjoyment might have gone up a smidgen if it was. My first thought was that it’s silly and cartoonish which is disappointing as I’m a fan of the alpha-shifter-growly-fated mate vibe. I think the intention was the latter based on the synopsis, but it wasn’t executed properly. Not even a little bit.

I’m hoping you guys have read the synopsis so I can go ahead and make my case for its immediate citizenship approval to WTF-ville.

Exhibit A:
When Dirk catches a whiff of Jon and immediately realizes it’s his fated mate, he runs the other way (against his dragon’s wishes) because there is zero chance he would mate with a lowly dog.

Exhibit B: Dirk and his dragon were practically written as two separate beings that shared the same body. They had actual conversations about vacation spots, cuddling, etc… I get more of a Pete’s Dragon (circa 1977) than a fiery alpha “proudest of all shifters” feel.

”We should take him on holiday and lavish lots of attention on him until he knows better; somewhere with lots of sun.”

”Ooh, our mate is soooo smart.”

Exhibit C: Dirk dream-walks with his dragon to talk some sense into him. Dirk doesn’t want to claim his mate so he tries to reason with his dragon in hopes it will stop putting him in mating heat. The dragon disagrees with the decision and removes himself until Dirk changes his ways.

Exhibit D: Dirk comes up with a plan to use his mate for personal gain (again, bizarro world) which doesn’t work. Once Dirk has been tortured enough by his own dragon, his dragon breaks free to find and claim Jon. Of course Jon forgives instantly, they find a little motel to have sex, get their claiming marks and are talking about adopting within hours.

Exhibit E: Lets not forget the soap opera drama with crazy dads, brothers, cousins, trapping into marriage, pregnant but not yours, attempted murders, embezzlement, getting shot but instead of checking your mate right away you have rational conversations with the two men who aided in the crazy. Around 50% I thought the book was wrapping up due to all the craziness getting resolved that I had to check the menu to see if another book was starting. Not to worry, more boarded the crazy train soon after and kept on going.

Exhibit F: After the claiming, Jon the dog shifter is now able to shoot flames out of HIS FINGERS.

Exhibit G: Dirk’s brother challenges him with the intention of becoming head of the company/clan. This is where both dragon forms come out and they fight. But when they got to the challenge, Byron’s dragon wouldn’t come out to play because he didn’t like the way Byron was treating him. Then, and I can’t make this shit up…

Exhibit H: Byron’s dragon spirit left his body. A little blue dragon spirit FLOATED up and refused to come back until their “human” changed its attitude.

“’You belong in me, dragon. Get your ass over here so I can fight my brother,’ he yelled, flapping his arms around, which when naked is never a good look.”

Exhibit I: Dirk brings Jon to see his hoard and then they play in the piles of gold and gems.

“Count it. Roll in it. Add to it. Play with it.” Dirk stepped out of his pants and Jon swallowed his drool. “It’s fun. Watch.”

This one I could understand. If I was loaded, I’d probably wanna roll around in my money every once in a while too. *shrug*

There are more exhibits of evidence but the defense rests and I hope by now you understand why I’ve granted this book its WTF-ville citizenship card.

When I read shifter books I know I’m going to have to forgive more than I would in regular romance. I can overlook a lot and just pass off the ridiculousness as a mates thing. But this. Can’t recommended this one.