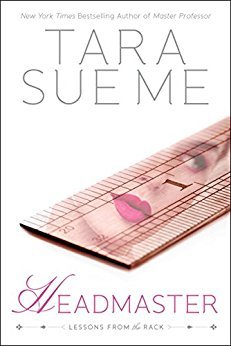 I’ve heard so many fantastic things about this author’s work that when this popped up on NetGalley I pounced. It’s not that this story is bad per se, it just wasn’t enough for me. Not enough kink. Not enough feels. Not enough zest. Not enough zhooshing.

The blurb does a good job of recapping the plot so I won’t go there. It’s a decent interpretation of fantasy rescue wish fulfillment. A little contrived, yes, but I can see the appeal.

Mariela was strike one for me. She is a dance instructor at the RACK (cute, huh?) Academy which is run by Lennox. Her crush on him predates his relationship with Winnie and they are friends, but her attitude toward him rubbed me the wrong way. I think she’s supposed to be portrayed as a sub with a spine but she comes across as a vitriolic anger ball. She antagonizes Lennox at every turn and I could muster up little to no sympathy for her cause. I get that she wants to be his submissive but her openly hostile/bratty behavior was very off-putting.

Neither one of them are fully fleshed out instead relying on constructing both of their identities as “dominant” and “submissive”. I have issues with one’s entire personality construct being comprised of one thing, in this case their sexual proclivities. Even in real life if all anyone ever talks about is this one microcosm of their world they tend to come across one-dimensional and boring. At least to me they do.

The remainder of my issues are nitpicky:

It does have a nice HEA that is romantic and will be appealing to some. It probably would’ve been moreso for me had I liked either of the characters.

Unfortunately, I didn’t love it but sugarkink fans will probably enjoy it more than I.

An ARC was provided by NetGalley