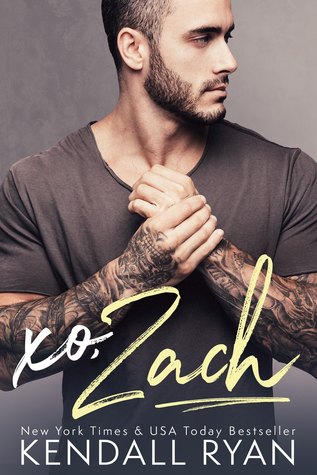 **Note before getting down to business: I’m in the complete minority on my rating and thoughts for this book. We just weren’t meant to be. If Kendall Ryan normally works for you, this one may too. **

Let’s get the positive(s) out of the way. I liked the premise of the story. The advisor and a graduate student meet unknowingly at a party. I also liked the poetry major. I liked the illusion of Poppy’s strength and togetherness. I say illusion because she was a hot mess outside of her college major and her kid.

The rest hit all my no buttons in a way that I almost DNF. So what didn’t work for me?

~They meet at this house party and share some conversation and a kiss. From there, it wasn’t even an obsession- it was an odd fixation where their brains couldn’t function because everything reminded them of the other and spontaneous orgasms were a real threat each time their minds wandered. This translated to a seemingly forced connection between Poppy and Zach.

~Poppy was so hot and cold with Zach that it drove me fucking crazy. She would throw caution to the wind enough to kiss or get off and leave Zach with an epic case of blue balls. Then, after, she would run away and avoid him because she couldn’t let her desire ruin all that she has worked for. Every. Time. Rinse. Repeat.

~Advice seeker or attention seeker? After every interaction where Poppy went hot and cold, she would go acting all sad and seeking advice about what she should do. Every person would tell her the same thing and then she would ignore it and expect a different response the next time she went to them. *Think Einstein’s definition of insanity*

~”It’s ok, I trust you and I’m on birth control.” Ummmm… what? So, you have a kid in high school (not judging, just stating story fact) and then you throw caution to the wind? *smh*

~Zach. I liked him in the beginning and then it decreased each time he put up with Poppy’s shit. In the end he was just too perfect and became a door mat.

I think it’s clear I didn’t enjoy Poppy and her brand of drama. The highlight of the story was Zach’s Mom and her lack of filter. She was OTT in the dirtiest and best way possible.