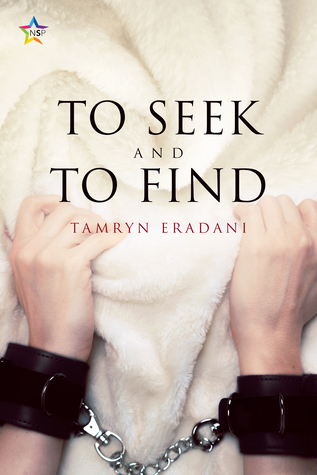 Let’s just jump right in, shall we?

Kyle is a Sub looking for a long term Dom. He has his sights set on a Dom that is new to the club. Taking the initiative, Kyle creates Project: Notice Me where he sets up scenes with other Doms in hopes of catching Aiden’s attention. He does. They decide on a trial period before a full commitment, contact, and eventual collar come into play.

~I really liked the premise of a Sub getting creative to catch a Dom’s attention. Project: Notice Me had me requesting this story and looking forward to how it would play out.

~The characters. I liked the potential they had for a “relationship” together. Kyle was desperately wanting to find the one– a long term Dom and partner to share his life with in and out of scenes.

What didn’t work for me:

~The writing style. *smh* The third person/present tense made me want to bang my head at times. It took a good long while to get in a groove and get past it. Another thing that drove me crazy was the pronoun/proper noun usage. Sometimes they were used well and others, I was BEGGING for an editor.

~Minutiae: The fat needs to be cut from this story. A lot of unnecessary information was included that didn’t serve a purpose. Instead of character development, I read a lot about folding clothes, washing dishes, how many pieces of tomatoes or avocados were cut and saved for later, folding his clothes again, etc…

~If I pretend that this isn’t a romance, how everything played out would make more sense: IMO this doesn’t read like a romance. It reads like a Sub wanting to find a Dom. 99% of their “relationship” took place in scenes. I know their kink preferences, how they role play, the aftercare steps, and their expectations for D/s. What I don’t know is much about them. With barely any backstory or personal information beyond sex, I wasn’t able to connect with either character. Kyle’s relationship with Aiden wasn’t any different than the ones he had with other Doms he did demonstrations with. There was heat and chemistry in the scenes but nothing substantial that made me think they would go beyond the D/s scenes that he wanted. It read like clinical negotiations which is what it was with the HFN.

Warning: This next isn’t a positive or negative. Kyle is bisexual and although this is shelved as a M/M romance, there are *explicit* M/F scenes with Kyle and a female Domme. Kyle being a switch Sub worked in the context of the story but I thought it was worth noting for those that are interested in a switch or those that want only M/M.

Copy provided by publisher through NetGalley for an honest review.