Livingston by J.M. Dabney: Review by Lost in a Book for @BMBR 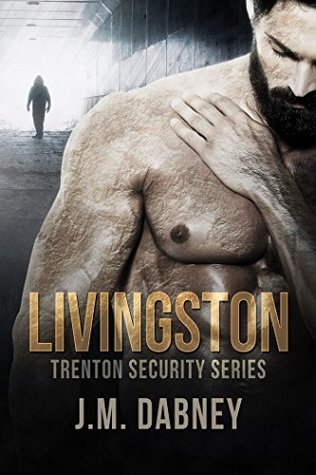 He was the Beast without the escape clause.

Francis “Liv” Livingston was a beast. No matter if he wore a perfectly tailored suit or if he was in his tactical gear, people avoided looking at him. He was always first to volunteer for the jobs only a person with a death wish wanted. Tomorrows weren’t guaranteed. His boss had come to him and told him he needed him for a job. Linus knew the jobs he liked, but when he opened the file, it all went to hell.

Beauty was only skin deep.

Fielding Haskell made his way in the world on his looks. He’d earned his first film role before he could read a script. He didn’t want the fame. He wanted to go to college. He wanted a man who didn’t look at him and see how pretty he was. Unfortunately, a so-called fan only cared how attractive he was, and it earned him a personal bodyguard and a vacation. He looked forward to the break until he met the man in charge of his safety and wondered if the danger he left was worth dealing with a sudden attraction to a man who was colder than ice.

Livingston was born into an environment where “love came in shades of blue and black, fading to a deceptively pretty purple and a sick greenish-yellow.” After a horrific childhood ripe with abuse and time in the military, he works for a security company. Livingston lives his life waiting, hoping for it to end. He’s scarred from head to toe on half his body and accepts that he’ll never find someone that will look past his beastly exterior.

Fielding is a 23 year old actor that has never truly lived. He’s beautiful and on a very short leash with zero freedom. Fielding is starved, denied relationships, micromanaged, and has a keeper 24/7. No chocolate for two years? *gasp* #fuckthatnoise! He also has a very aggressive stalker which is how he’s placed in the care of Livingston, his new bodyguard.

Both men are broken and hesitant to reach for more. They are immediately attracted to each other but Livingston has a difficult time getting past his hangups and the 15 year age gap to move on. Things obviously heat up for the men and Livingston gets his boy while trying to suss out a stalker. They have a few bumps in the road while Livingston tries to do what’s right. Eventually they get their Daddy/boy situation resolved for a predictable HEA.

Here are my issues: I felt like I was entering a story that had already started.  There was a lack of depth and shortfalls in character and plot development. Many things are rushed, especially the Daddy/boy dynamic without being fully realized. I *think* it’s due to the fact that the secondary characters already had their stories told. However, this is supposed to be a standalone and the first of a new series. A little warning about reading order would go a long way for clarity. I didn’t read the other books by this author and therefore can’t speak on whether it would have provided the foundational depth that Livingston is lacking.

As I mentioned above, I was still able to find pieces to enjoy. The stalker storyline held my attention and I was invested in the outcome of Livingston and Fielding. This story isn’t for the squeamish but I’d recommend it to those that have already read the previous books about the secondary characters.

*skips off to eat chocolate*