A Love to Remember by Sarah Hadley Brook: Review by Lost in a Book 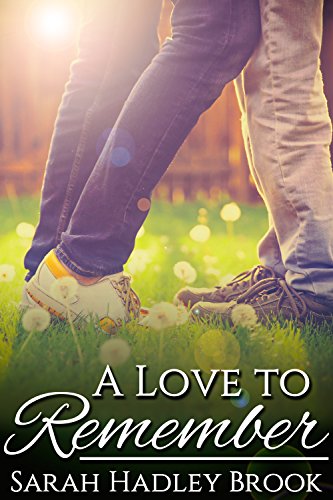 Graham Hayes decided long ago he’d never be in a relationship. It was better to stay single than to fall in love only to be left alone, which he was certain would happen to him. He’d seen Alzheimer’s ravage his family members all his life, leaving their loved ones to deal with the fallout. Some of them stayed, but some didn’t. Graham isn’t going to risk it.

When he hires nurse Sam Morgan to take care of his dad during the day, his pledge to stay single is put to the test. He soon finds it difficult to maintain a professional distance.

Graham’s guarded his heart for so long, but his resolve is crumbling. Will he be able to conquer his fear to give himself a chance at love? Can he trust Sam to stick around for better or worse?

This story fell into the just alright category on my reading enjoyment scale. It started off well enough but lost steam and depth as the pages turned.

Graham’s life is changing as he prepares to move in with his father who has early-onset Alzheimers. He works from home but needs assistance to monitor his father during the working hours. He’s able to hire a nurse named Sam to bear some of the weight and provide Graham peace of mind.

Graham has spent his life knowing he would stay single while partaking in quick one-off hookups. He has chosen the single path after watching multiple family members suffer from Alzheimers and the aftermath when they are left behind.

Sam’s an outgoing nurse that has the ability to put people at ease, especially Graham’s father. Graham and Sam Both have an instant attraction and try pretend to stay away from each other. While Graham is hot and cold about their relationship, Sam is completely upfront about his interest in Graham.

Most of the feels stem from the situation with Graham’s father. Alzheimers is an extremely heavy topic that I’ve experienced personally with my grandmother. It’s almost impossible not to feel each frustration, memory lost, confusing moment, and broken object as they happen. But outside of what Graham and his Dad are experiencing and how to cope with losing someone before they’re really gone, the romance was lacking.

I didn’t get Sam and Graham’s relationship beyond a convenient way to get off at first, even though they kept saying what an amazing connection they had. It didn’t get much better with all the discussions of how much they wanted each other without any emotional depth. A sexual connection is always appreciated but a believable emotional connection is necessary for me to fully enjoy a romance. Unfortunately, that mark was missed IMO.

There are a lot of trivial details included that detract rather than enhance the story. A Love to Remember is told through Graham’s POV and I think not having Sam’s was a missed opportunity. Graham became somewhat annoying and having an alternative POV would have broken up his ramblings and allowed readers to get to know Sam.

As I mentioned above, it’s an alright read with some situational feels, an easy HEA, minimal depth, and some heat in the beginning that trickled off quickly. As always, these opinions are my own and YMMV.