Slide by Garrett Leigh: Review by Lost in a Book 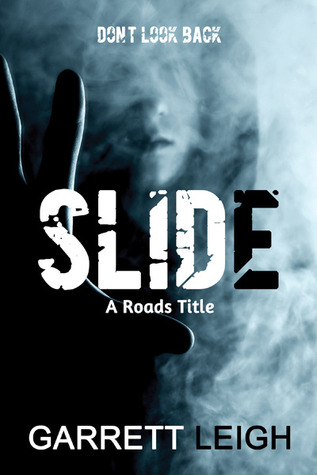 Don’t look back. Don’t you ever look back…

Shy tattoo artist Ash has a troubled past. Years of neglect, drug abuse, and life on the streets have taken their toll, and sometimes it seems the deep, unspoken bond with his lover is the only balm for wounds he doesn’t quite understand.

Chicago paramedic Pete is warmth, love, and strength—things Ash never knew he could have, and never even knew he wanted until Pete showed him. But fate is a cruel, cruel mistress, and when nightmares collide with the present, their tentatively built world comes crashing down.

Traumatic events in Pete’s work life distance him from home, and he doesn’t realize until it’s too late that Ash has slipped away. Betrayal, secrets, and lies unfold, and when a devastating coincidence takes hold, Pete must fight with all he has to save the love of his life.

Ok, I knew this book was going to hurt. With the dramatic cover, the blurb, and the fact that it’s Garrett Leigh, I knew I wasn’t in for a big ball of fluff. But, when we got this from Ash at 4%…

“Waking up was a crappy way to start the day.”

I had to start preparing for face leaking and some strong feels coming my way. Slide is riddled with trigger warnings as Ash deals with the fall out of past drug use, self-harm, PTSD, anxiety, and prior abuse. He’s trying to get his life together and finally has a job as a tattoo artist. His new roommate Pete has a soothing personality and kind brown eyes that provide a respite from the nightmares plaguing his daily life.

Pete’s a paramedic in Chicago and drawn to his new roommate who is more skittish than a cat. The men are tentative around each other and little by little they form a solid friendship that transforms into a intimate relationship. Pete’s warmth and kindness doesn’t give Ash the opportunity to build walls.

”He smiles, and for the first time in my life I believed that, for him, I could be more than I’d ever dreamed.”

Pete’s job is full of challenges and the stress of them doesn’t stay within his clocked in hours. The issues follow him home which affects Ash and their relationship in ways neither of them can predict until everything hits rock bottom. I love the balance between Pete and Ash. Pete is strong, kind, and completely human in his mistakes. They are both understanding and provide something that calls to the other man. Ash has the most to overcome and I love that Pete doesn’t fly onto the scene with his Mr. Perfect cape and magic penis to “fix” Ash. I just wanted to hug Ash. The hardships they have in their relationship weren’t glossed over and left me with zero choice but to feel what they were experiencing. Pete and Ash have mountains to climb, cliffs to scale, and stormy peaks to reach on the way to their eventual HEA.

Along the way there were some time lapses that left me a little confused. This story spans years and the jumps in time just popped up. I did listen the audio which might have made them more obvious. I also didn’t understand one of the story lines that was vaguely mentioned a couple of times and then BAM! surpriiiiiiiiiise at the end. What a coincidence. *gasp* It seemed unnecessary to the overall story IMO. *shrugs*

As I mentioned above, I listened to the audio which is narrated by Michael Lesley. I’m a huge fan of his ability to bring characters to life. The voices for Pete and Ash fit perfectly with their personalities. The emotional turmoil and also the peace their presence brought each other is conveyed through the narration.

I love Ash and Pete, I love the secondary characters and the support system they provide, and I love the kick in the gut Garrett Leigh provides that makes me beg for more with tears in my eyes and a smile on my face.