Lone Wolf by Anna Martin: Review by Lost in a Book for @BMBR 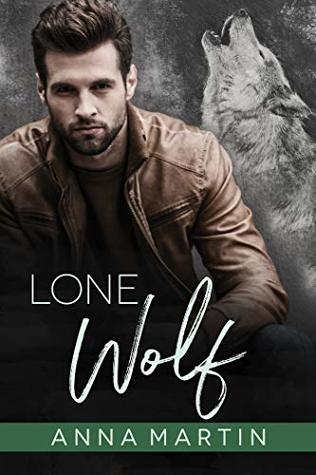 Jackson Lewis isn’t a typical werewolf. He isolates himself in a small town outside Spokane and dedicates himself to making his business—Lone Wolf Brewery—a success. If it leaves him little time for romance, he’s okay with that. His soul mate could be out there somewhere, but he isn’t actively looking.

So he’s in for quite the shock when he literally bumps into his soul mate—Leo Gallagher, an adorable, nerdy, vibrant music therapist who’s Jackson’s polar opposite.

Jackson is straight—or at least he’s always assumed so. Though he can’t deny his attraction to Leo, it’s a lot for both of them to deal with.

While Jackson and Leo figure out what their future might hold, they face prejudice from both the human and werewolf communities—including a group of fanatics willing to kill to show humans and werewolves don’t belong together.

I tried… realllllllllly tried. I picked this book up many times over the span of a week and struggled page by page and couldn’t make a dent. This may be another it’s not you, it’s me but just know it was absolutely not my thing and here’s why…

It’s unlike any shifter book I’ve experienced which didn’t turn out to be a positive. I like unique reading experiences but this was so out of the typical realm of “soul mates” shifter style that I was scratching my head a lot. Right away STRAIGHT Jackson knows that Leo is his soul mate and Leo understands that there’s a connection between them. Does Jackson get all possessive? Growly? Protective? Ecstatic at finding his mate?

Their meeting is cut short and what happens from here are a bunch of meetings at random places so they can take it slow and get to know each other. Huh? I like the getting to know you part of a book and they don’t have to jump on the orgasm train right away (or at all). But their meetings read like job interviews and not shifter soul mates. Each time is very awkward and I didn’t understand why being mates was part of this story if they weren’t going to act like it. *sigh*

Did you know Jackson is straight? Not Bi. Not Gay. Straighttttttttttt. He even states that he would be perfectly happy finding a woman to marry and “get on with his life” (EVEN KNOWING HE HAS A SOUL MATE). Because he’s straight. It’s worth mentioning because Jackson makes it clear repeatedly and in all the ways it can be stated. He probably used the Rosetta Stone to speak it in every language. #StraightAF

There’s a lot going on. It’s sort of like the kitchen sink was thrown in and the focus, chemistry, heat, and connection fell to the wayside. Maybe it picked up at the end? I wasn’t compelled to find out. Not recommended but as always, these thoughts are my own and YMMV.