Adam Only by Roe Horvat: Review by Lost in a Book 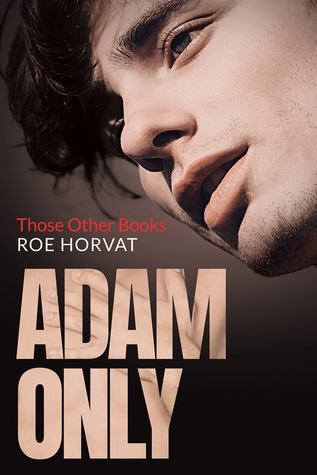 On stage, Adam lets his passion drive him. All his secret desires, everything nasty, dirty, and beautiful flows freely through him, for once in harmony. His soul thrives when his body moves, but only on stage. Adam’s passionate nature makes him a great dancer…and a failure at life. He’s a lonely, emotional mess. Going home with a man far out of his reach is the last thing Adam should do. Christoffer represents everything Adam isn’t: strong, independent, educated, and rich. His kind eyes, at odds with his brutish form, make Adam’s knees and restraint buckle.

Once Christoffer sees Adam dancing, he’s lost. The young man is mesmerizing, otherworldly, and unpredictable. Whatever might happen between them, it will be transient, and Christoffer will most likely get hurt. The temptation is too great, however, and the sex explosive. He might as well enjoy every moment he’s given, even if it’s just one day, maybe two. If Christoffer treads carefully, Adam might stay until Monday.

Actual footage of readers (myself included) reading Adam Only

Christoffer sees Adam dancing at a party and is immediately captivated by his beauty and the way he moves. He stalks Adam for most of the night until he locates him and the rest is history. Let the orgasm train (unless it’s delayed for play) commence.

There’s a story along with all the sex that is woven throughout with tales of struggle, confidence, station in life, independence, fear, need, want, and understanding. Christoffer never falters in his interest of Adam and their connection is tangible. Adam is afraid to lose himself in Christoffer due to past experiences but can’t help what happens when they’re together- he can’t help letting go.

“He wanted to be owned without being shackled. He craved to be used without being punished. He needed a master, but he needed to feel free. He would lie down at his man’s feet if he could be sure he wouldn’t get stepped on.”

I really like Christoffer and Adam together. I am especially pleased that although Adam feels the immense pull to be with Christoffer and let go, he stays true to himself and his limits, wishes, and goals.

Adam Only may have been on the higher end of my sex tolerance scale… which I didn’t think I had. The sex wasn’t gratuitous and definitely had purpose in the character’s transformations. I like a little more story along with all the sex (which if this was longer that might have naturally occurred) but I still very much enjoyed Christoffer and Adam’s journey. I’m a huge fan of Roe and will continue to devour everything he writes. Recommended.

P.P.S. It’s highly suggested that this be consumed in private. Prepping an ice bath in advance will go a long way as well. You’re welcome.