Complementary Colors by Adrienne Wilder: Review by Lost in a Book 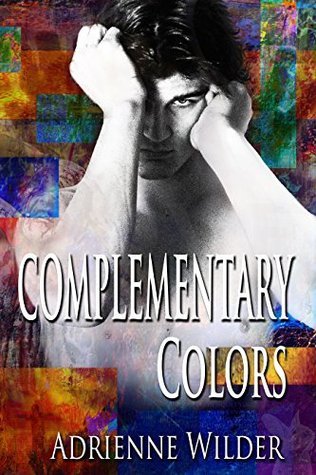 My sister Julia manipulated my life into a prison to keep me silent about our dirty family secret. Her greed made me a slave and circumstance left me with no way to escape.

Trapped, the only way I could silence the nightmares driving me to insanity was to wrap them in color, hold them with shadow, and stitch them to negative space with line.

But no matter how bright the pigments, no one could see my confession.

Except for Roy Callahan.

I thought he was just another nameless one-night stand in a long line of many.
But I was wrong. Roy could see past the façade of my life and through the veil color over the canvas. He could see what the world couldn’t.

And with him I’d find the courage to tell the truth about the boy.

Paris is a broken yet brilliant artist that disposes the horrors he has seen on canvas while covering them up and making millions. He has multiple mental diagnoses and an absolute vile sister that abuses him regularly to ensure her pockets are lined and secrets aren’t exposed. She can’t see the secrets on the canvas and the art collectors that purchase them can’t either. Roy does though.

Roy is a handyman that meets Paris in a dark room. Their relationship begins with sex and is *very* sexual throughout. Roy is perfect. Seriously freakin’ perfect. He isn’t a rich guy, but humble, hardworking, has made and learned from his mistakes. Roy loves Paris in a way that’s beautiful but also damaging to his sanity and quality of life.

Roy is the escape Paris needs and eventually the good, the bad, and the really ugly comes out to play. Roy offsets Paris’ severely jacked up world and during these moments of respite, they get to know each other. I love them together but I’m not convinced they are actually good for each other, moreso Paris not being good for Roy’s wellbeing. At times it’s hard to read with the abuse and the destructive nature of Paris trying to escape the monsters in his head and in his life. As mentioned above, Roy and Paris’ relationship is very sex heavy and not in a healthy way but that’s all Roy could give and all Paris would let himself take for the longest time. They get their HEA but there’s a trail of blood and a bottle of antacids needed before that happens.

Complementary Colors has many layers and there were times I was trying to piece parts together. Julia is definitely the character I despise most out of any book I’ve probably ever read. She is THAT bad and I had many not nice thoughts about her and ways she could be taken care of. 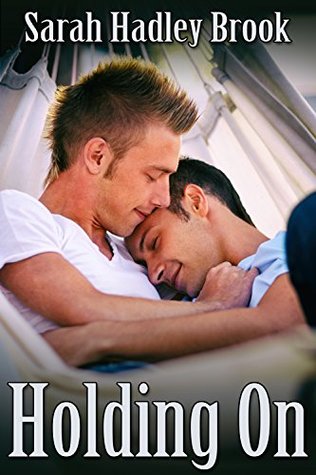 How does one classify this book? Is it a coming of age? It had all of the coming of age feels that I love: the hesitance, the self-discovery, the falling for your best friend, and the coming out. But, it also had other aspects that made me think we were dealing with characters much older than 18 year old high school seniors. Still, there were the moments of magic I crave in coming of age stories that made me pretend the other stuff didn’t exist… at least for a little while.

Aaron is a high school senior that has it rough. An abusive, alcoholic father has been a dark cloud that finally turned into a cat 5 hurricane. Add in being homophobic to his father’s already glowing personality, a mother who stayed and endured the abuse (not judging, just recounting), a sister that witnessed it and Aaron wins the award for the crappiest luck of the draw. Aaron’s bright spot though, is his best friend Jeff who doesn’t know his two biggest secrets: abusive home life and that he’s gay.

Jeff is an amazing best friend that’s the calm in Aaron’s storm. He attends to his every need and is able to calm Aaron down from his panic attacks. He is the constant rock Aaron counts on as all hell breaks loose. Jeff is also gay and Aaron doesn’t know.

How they finally got together is beyond me. Every time they were about to make a step in the right direction, drama intervened. There was a TON of drama which meant a lonnnng delay in coming out and an even longer delay in actually communicating interest in each other.

Once they got over the overly dramatic lack of communication and the seal was broken on sex, it was balls to the wall. Errr… more like balls to the chin, hand, ass. You get my point. This was one of those areas I had to suspend my reality and pretend. Aaron and Jeff are two nerdy (but hot) high school virgins with zero girlfriends/boyfriends in the past. BUT, you wouldn’t have know based on their sex life. I’m talking zilch on hesitance, dirty talk that was seasoned, alpha male title drops (literally), fantasy sharing, etc.

“Now tell me, my sexy alpha man, what is it you want?”

There was none of the fumbling first time awkwardness. It read like college or mature adult sex which didn’t line up with their age or experience.

As I mentioned, they go through a lot in the story and I appreciated the balance they had in their friendship and eventually relationship. They had a great connection and chemistry that made me all warm and fuzzy… and if I closed my eyes and pretended they were at least in college, it was hot too. They did take for-freakin’-ever to finally come together. It was amazing how clueless Aaron was. Some of the drama was a little after school special-ish with the star quarterback back coming to their defense and awkward classroom speech. The legal proceedings at the end were also a tad unrealistic but again, I pretended because I enjoyed the bond that Aaron and Jeff had.

For the most part, Holding On kept me coming back for more. I’d recommend it for 18+ coming of age fans who don’t mind lots of drama. Trigger warning for abuse, alcoholism, homophobia, and death.