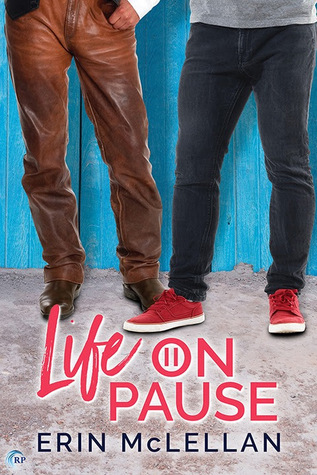 I had SO much excite going on. I LOVED Erin McLellan’s debut novel, Controlled Burn which made this a MUST read for me. I didn’t care if this one was about underwater basket weaving, I had to have it. Then I saw it had nerds and I was a goner.

But then, I don’t know what happened. Maybe this is a case of “it’s not you, it’s me.” We didn’t click . At. All. The beginning was hard to get into with a slow start. But I was motivated. Determined. I kept chugging along waiting for my feelings to change, to start loving it. My enjoyment level slightly increased until I hit 50%. The drama at 50% could be spotted a mile away and the rest of the book went downhill and fast.

And tons of “tears in eyes”

I’m not a fan of drama for dramas sake. At one point I did a search on the frequency of the words cry and tears because that shit wouldn’t stop. I got 46 hits. (Well, minus two for the Trail of Tears). Add another 25 hits for the word sad and this equation doesn’t look like it’s gonna equal success for me.

Niles and Rusty had a “meet-cute” situation when Niles’ got a flat tire. (I say meet-cute because it’s noted a bunch in the book, too) They became friends and then their relationship grew from there. Slowly. I love slow burns but it wasn’t that. Niles was SO insecure and felt like Rusty was out of his league that he would rationalize every move, action, and look Rusty made as something else. Even when Rusty flat out said he was interested, Niles still found a way to justify his interest as something else and not really for him. For those that don’t like separation periods, you’ll be very disappointed as half the book is a separation. The 2nd half was full of back and forth whiplash that drove me fucking bonkers. They didn’t get their shit together until after 90ish%.

Unfortunately, the plot was solely driven on their relational drama which left little else to prop the story up and keep it going.

I can’t recommend this based on my experience but I REALLY hope you love it.

On a positive note, I was a fan of Niles’ friend Victor. He was sassy and fierce and I’d be ok with trying out his story.

Copy provided from NetGalley in exchange for honest review.