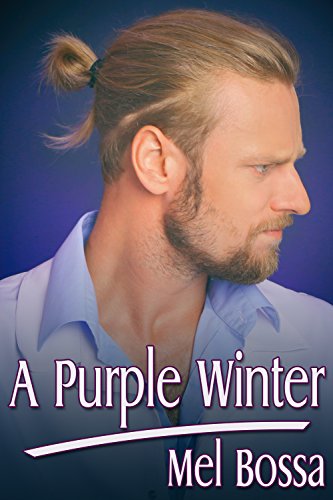 Before we get started, I want to warn you that this is a sequel to the book Split. It isn’t intended to be a standalone… even though that’s what I did. *shrug* I read this without reading the first one. Although my enjoyment of the story wasn’t hindered by skipping the first, I would have had more clarity on different characters if I had read the first. Click here to check out Cupcake’s review of the first book.

Ok, so I seriously enjoyed this. I was drawn in right away and it kept me going until the end. It was angsty and deep with a complicated love between MCs.

Derek and Nick were neighbors growing up. Nick being older, became the secret object of Derek’s fantasies. He’s infatuated with Nick and was devastated when Nick moved away. In the first book they reunite and eventually marry. However, not all is wedded bliss in this one. Derek is insecure and hasn’t spoken to Nick about his insecurities. Nick is driven to reach for the next best thing which unfortunately is at the cost of Derek’s security within their relationship and acceptance of himself. Derek gets into an accident and wastes away the days in a coma with Nick by his side. Well, he isn’t fully wasting away because his subconscious takes a trip back like the Ghost of Christmas Past to a time where he was Nick’s neighbor again and there wasn’t an age difference. The connection is instant and complicated between Nick and Derek. David is another character that holds a large role in this book. He and Nick are really close friends and provide outlets for each other. Derek was extremely jealous when it came to Nick’s relationship with David. It became crystal clear during his visit to the past and Derek gets a chance to understand the relationship and even “bonds” with David. All the relationships between Nick, Derek and David were dysfunctional. They were also full of love, fear, jealousy and acceptance

My heart broke and was put back together throughout even though I knew that Derek was dreaming. It was as if he found the peace he needed; to release the jealousy and insecurities where David was concerned. After a life time of feeling left behind, Nick was able to appreciate David and the place he holds in his heart all the more.

The secondary characters were fully realized as well and added a lot to the story. I wish David was getting a story of his own. He was extremely complex and had a lot to tell. *sad face*

I’m a fan of Mel Bossa’s writing. It’s a testament to her writing that I didn’t care about the missing pieces (from not reading the first book). I was drawn in all the same and still felt like I went on the journey with them as they finally came together in a way that was meant to be.

“I wouldn’t ask for much. Only everything he could give me without losing himself.”