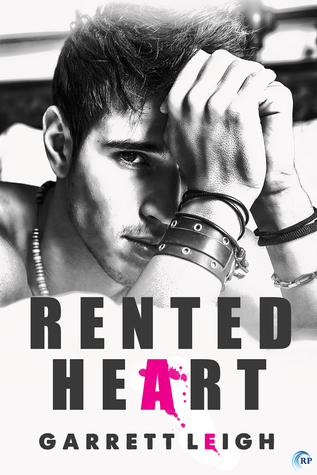 Ex-surfer-turned-businessman Liam Mallaney moved back to Holkham, Norfolk, to mourn the loss of his husband. Grief and loneliness keep him a solitary figure, and he likes it that way. There’s no room in his broken heart for anything else.

Rentboy Zac Payne left London and most of his demons behind, but he still only knows one way to make a living. When he spots Liam in a club one night, it seems he’s found his mark. But Liam proves nicer—and their connection far deeper—than he’d bargained for.

Their arrangement quickly becomes too complicated for Zac, who has other things on his mind: namely his BFF and wayward flatmate, Jamie. Zac owes Jamie the world, and even as Jamie’s drug addiction destroys all they have, Zac won’t leave him behind.

Besides, Liam knows nothing of Zac’s home life, too caught up in his own head to think much beyond the crazy heat he and Zac share. But when trouble comes to Zac’s door, putting his life in danger, Liam must set his grief and anger aside to pick up the pieces of Zac’s shattered heart and his own.

Can someone tell me WHY I waited so long to read this? I feel like it’s been on my TBR forever. Can someone also explain to me how it’s even possible that I’ve never read Garrett Leigh before? How the hell did that happen? I’ve got many other reads from her just chillin’ on my TBR that I need to tackle STAT. Anywhoo, my GL cherry is popped and this rent boy read was definitely the way to go.

The blurb does a great job of setting the stage for this story and the events that follow. I was swooning big time with its Pretty Woman feel. Zac and Liam worked for me in a huge way. Their connection is instant yet they are slow to identify it as more. Liam is an oasis for Zac away from the exhausting reality of his difficult circumstances. He never acts like a john to Zac and slowly begins breaking down his walls. The sneaky thing about crumbling walls is daring to hope for a better life.

“You’re not a john.” Liam pushed the money back. “Then you’ll never be my whore.”

Liam is lost after the death of his husband and Zac becomes the perfect distraction while providing physical release and then friendship. He understands what Zac is doing when they aren’t together and doesn’t let it interfere with what they’re building. Misunderstandings and Zac’s loyalty to his best friend cause some heartbreak and gut punching angst. Their HEA is hard-fought and shines a bright light through the melancholy that hangs over much of the story. I knew it was going to hurt and it hurt so good. Liam’s support system outside of Zac was positive, accepting, and encouraging. They want Liam happy and don’t care how that came to be.

Trigger warning for drugs. This was a successful cherry popping. They say you always remember your first. *wink* I wish there was more backstory on Zac’s life prior to being a rent boy. Other than that, I definitely enjoyed this and can’t wait for Jamie’s story.

“There’s someone worth knowing in every smile you see.” 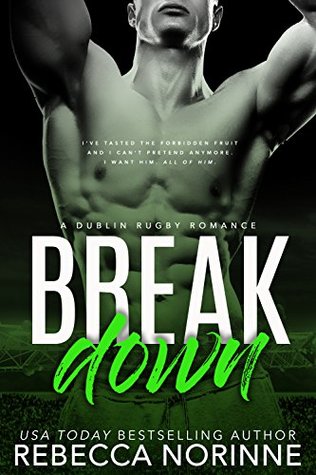 He knows his place on the pitch, but in life, it’s a whole other game.
All his life, Liam Donnelly looked and wondered. Could he? Would he? And then, finally, he did. But when he sampled a taste of that forbidden fruit, his whole world came crashing down, his position with Dublin Rugby right along with it. When the chance to ply his trade in Edinburgh comes along, Liam jumps at the offer, knowing it could be his best opportunity to start fresh and get back to the man he once was. But one look at Chef Lachlan MacLeod-his knowing, whisky-colored eyes, the abrasive scruff dotting his jaw, and the colorful ink lining his forearms-and Liam’s wondering all over again. Can he? Will he? His heart says no, but his body says yes. Too bad love is never that simple.

He’s conquered his own demons; can he help another man do the same?
Out and proud Chef Lachlan MacLeod has no problem with who he is, except he has a history of hooking up with bi-curious straight men. He’s vowed never to go down that path again, but when Liam Donnelly shows up in his restaurant, his eyes filled with heat and secret longing, Lachlan can’t help himself. He knows the closeted rugby player is a terrible idea, but the man calls to him in a way no one ever has before. What started as a safe way for Liam to explore his sexuality quickly morphs into something much deeper, and now Lachlan wants more. But can his heart reconcile what his head already knows-that loving the gorgeous, broken athlete might actually mean letting him go?

The blurb tapped into my inner sports nut even though I know fuckall about rugby aside from that Friends episode when Ross thought he was going to impress his Brit girlfriend then squealed. Doesn’t matter though, sports romances are my kryptonite. Add in a chef and…

This is the fourth book in what up to now has been a MF series but can be read as a standalone. Liam is a pro rugby player and is coming to terms with being bisexual. He had a drunken encounter then the guy turned around and blackmailed him. First manlove and the guy turns out to be a blackmailing dicknozzle! So when an offer to play for Edinburgh comes along it seems like a good time for a change of scenery thus he takes it and gets the hell out of Dodge, or in this case Dublin.

He soon meets acclaimed chef Lachlan and sparks fly. Liam has vowed to keep his head down and just play rugby but all the flirting and dancing around each other chips away at his resolve.

Lachlan is out and the notion of returning to the closet is something he vowed never to do. He also swore off “straight” dudes too but he’s never been this drawn to another person, so he compromises himself to be with Liam on the DL. Naturally this causes conflict over time because who wants to be someone’s dirty little secret?

Every book I read I try to identify with the characters and something I’ve come to realize about myself with coming out books is I tend to need angst to really identify with the closeted character. Without it I find it’s just words on a page that rarely get my emotions involved. That was my biggest problem with Liam. His closetedness seemed like the standard cookie cutter athletes/pro sports aren’t LGBTQ friendly plot device without teeth. He tells himself once he’s hung up his cleats he’ll live life on his own terms but he soon realizes that’s not really fair to Lachlan. Expect lots of push/pull between them. Liam is a decent communicator though usually after he’s stuck his foot in it, but still. My other problem with him is he’s kind of an anger ball. I get that he’s supposed to be a badass on the pitch but don’t be a douche off the pitch. No one likes a douche.

Lachlan, on the other hand.. I liked being inside his head because he’s a good person. Plain and simple. I liked him. It didn’t hurt that he’s a chef and tattooed lumbersexual…

Their character development was mediocre with both never making it past 2D for me, but there are some sweet moments and the relationship development was good which is what ultimately won me over.

I needed him to touch me everywhere, and to keep on touching me and never stop.

But I believe this is the author’s first foray into MM and I’m excited by the fact that several traditionally MF writers are trying their hand at MM; makes me happy in my face. The MF bleeds through periodically but nothing too egregious. The narrative is somewhat clunky and would benefit from some polishing especially with regard to some of the crass language that got to be a little much at times. Maybe it tried too hard to convince me of their connection but the HEA is heartfelt, so I do hope she continues to write MM because I liked this more than I didn’t.

Lastly, there were an inordinate amount of editing issues that pulled me out of the story including continuity errors, extraneous words, the wrong name being used and repeated phrases. I don’t normally mention this kind of stuff so for me to mention it… I hope she finds a new editor or proofer soon.